So every last Friday in November our family Tradition is to get a take away and pig out, whilst watching Polar express.
This year we had a bit more fun by making some train tickets, Golden stay up late tickets, for the boys to have a later night and to have a family night. 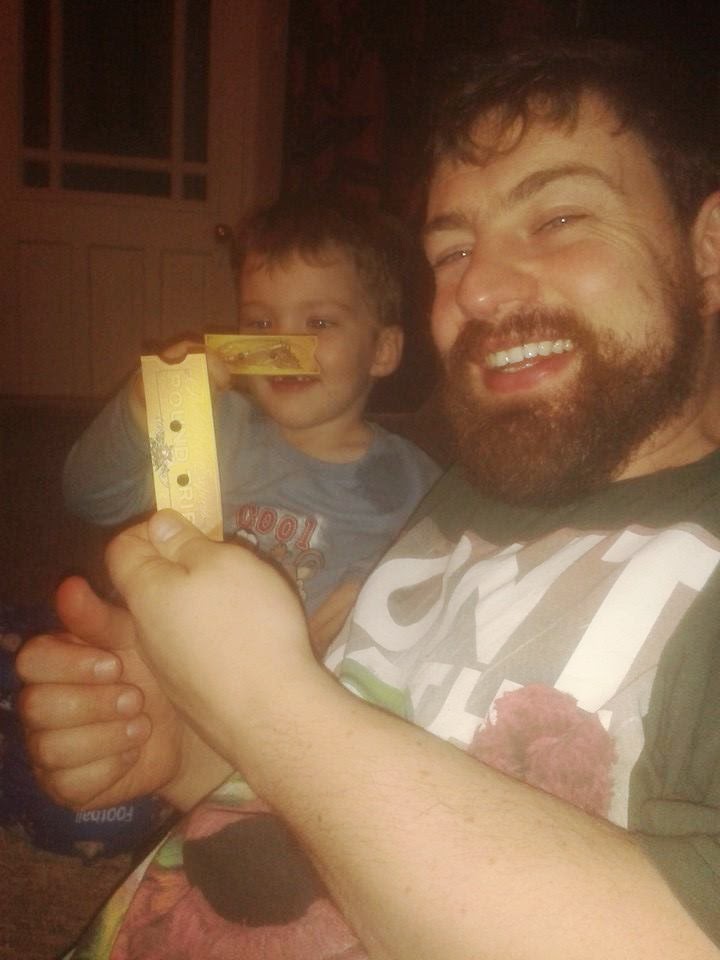 This all leads up to the excitement of our elf arriving leaving us tickets for the North pole express.
So Saturday morning we got up early and went up to the Tanfield Railway, which is the world's oldest railway.
We arrived early, the first ones there, and were shown into a wooden waiting area where there was a small number of stalls selling christmas craft goods, and a refreshments stall, with tables and chairs with colouring materials for the kids. Soon the place filled with many families with excited children, many in dressing gowns as if awoken by a train late on Christmas eve.  After a short while people started to move outside, we joined and were met by a steam training waiting just beyond the end of the platform.  As the platform filled the train slowly pulled into the station and the many helpers at the railway opened the doors on the coaches. 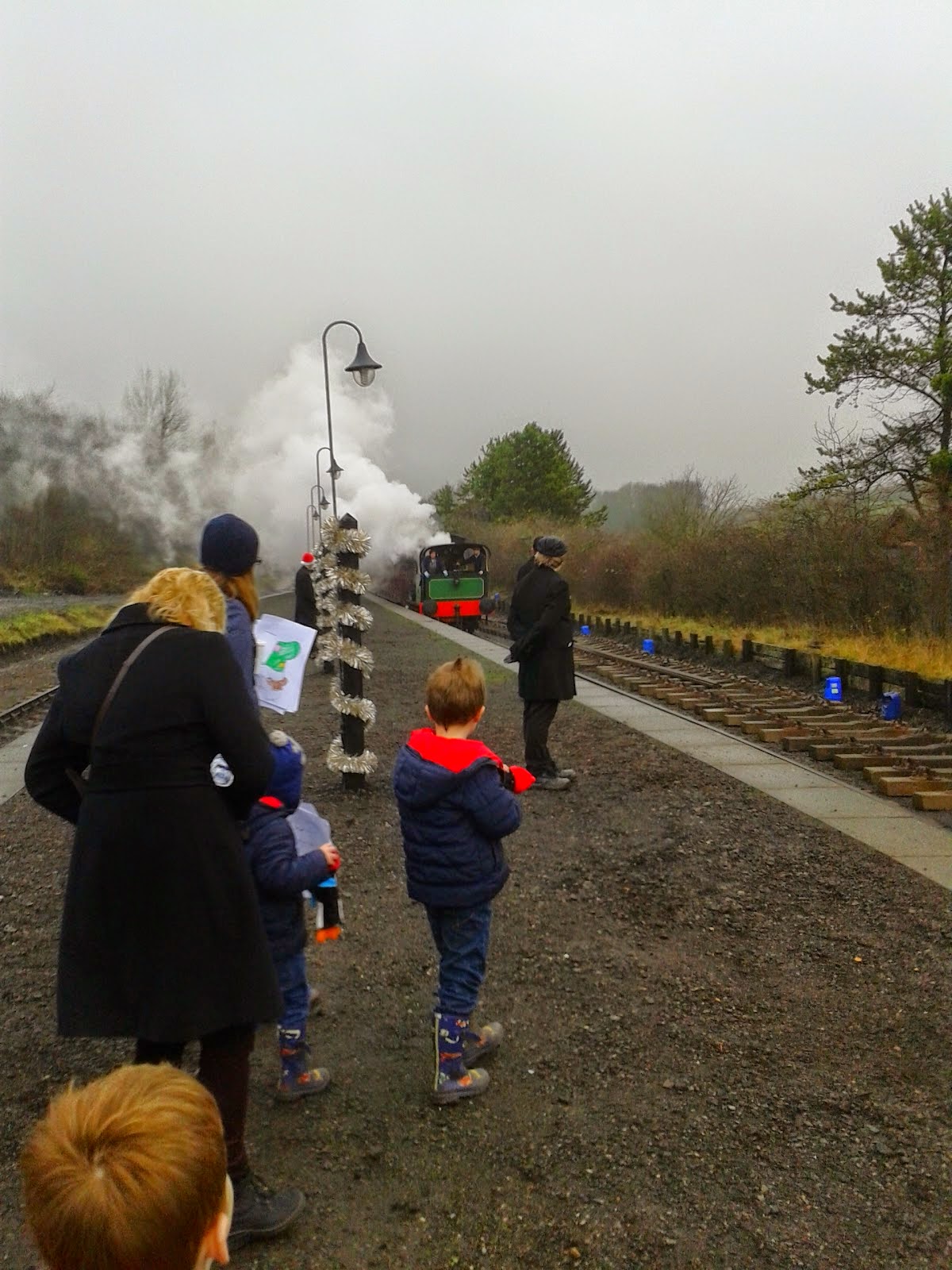 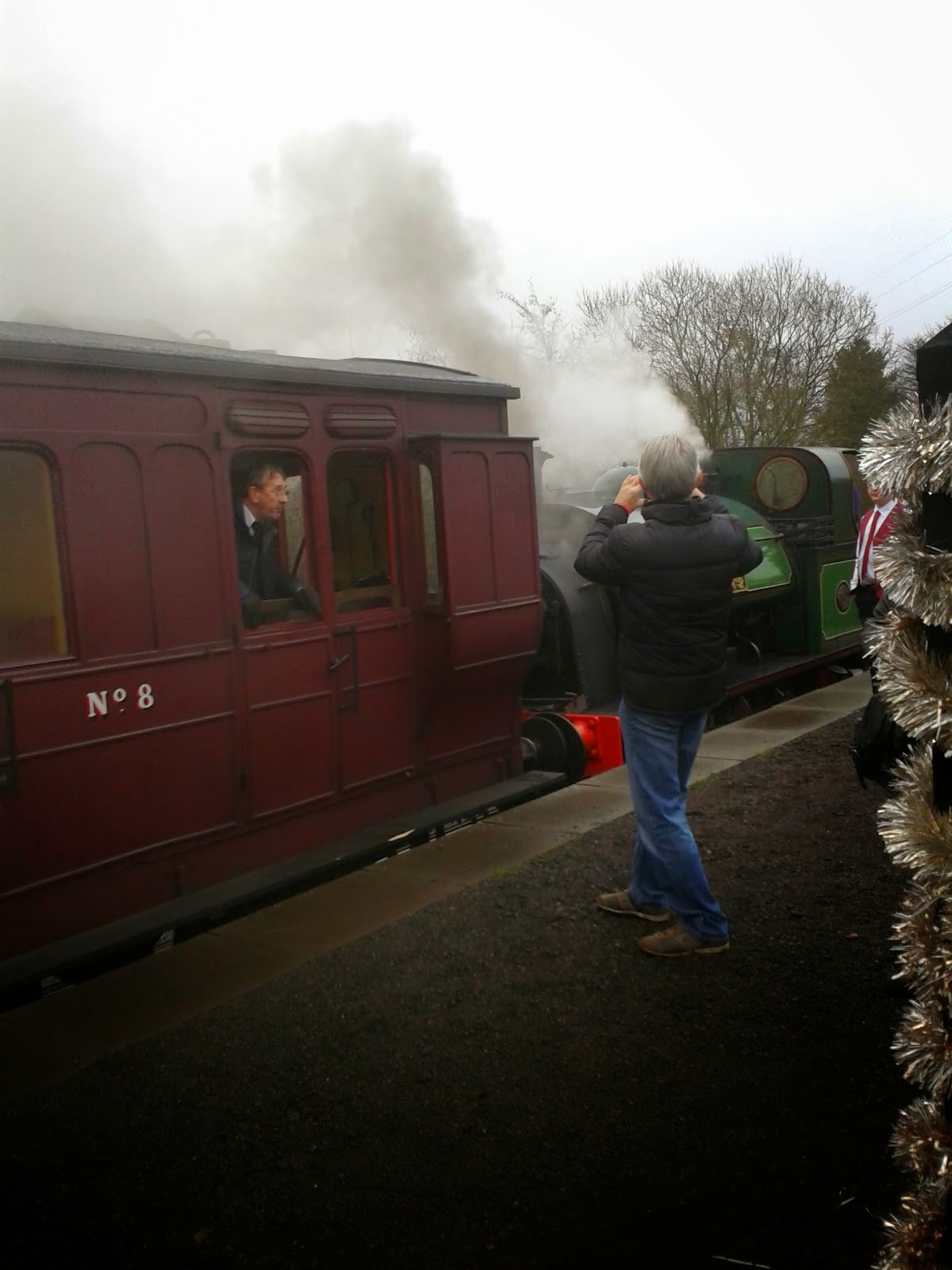 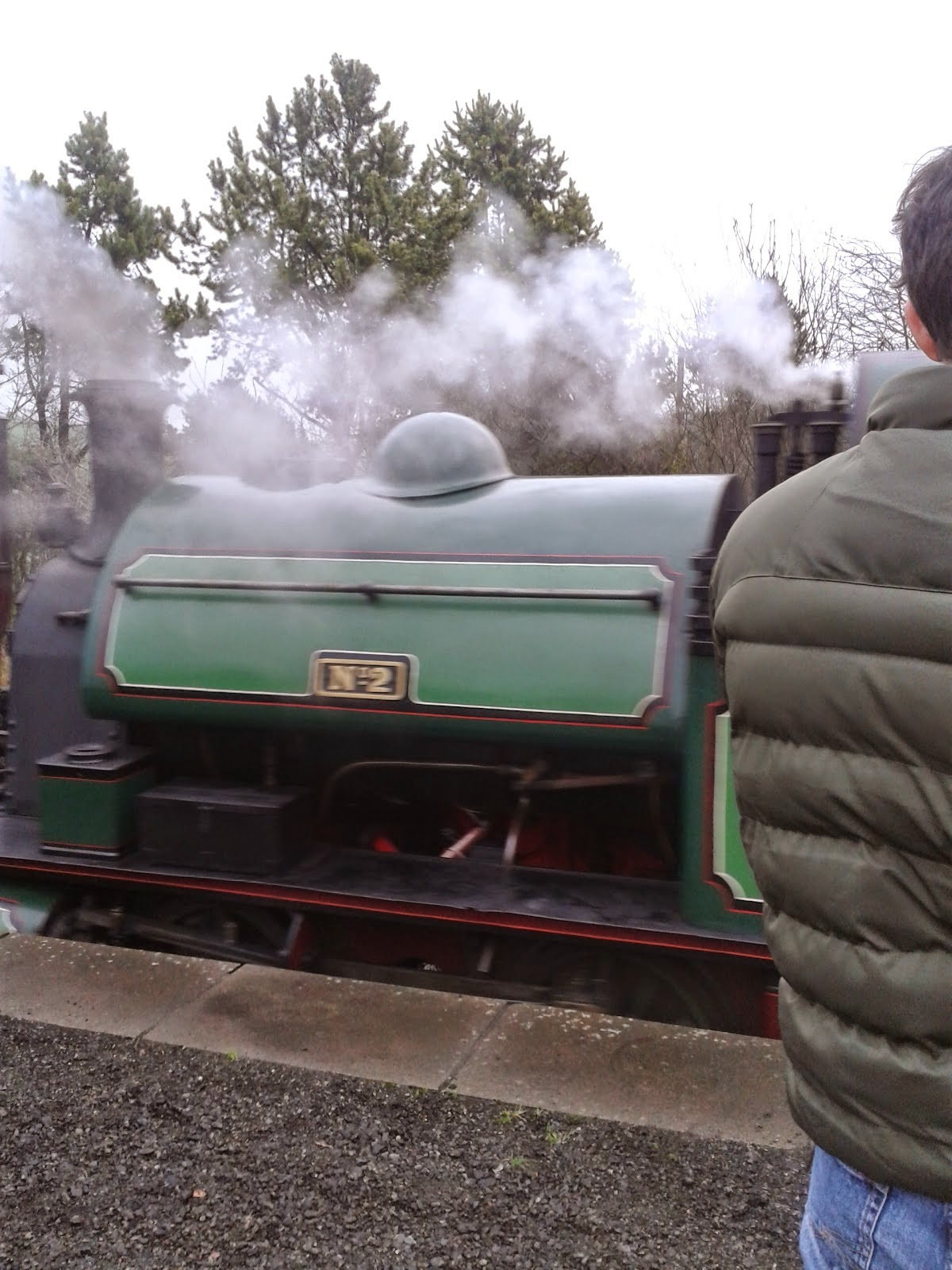 We were lucky enough to get a private compartment to ourselves.  We were then taken on a journey of about 15 minutes through the County Durham woods to another station where we left the train.  half of the passengers were led away one way, while we went the other and into the old stone station waiting room to be given tea and coffee, mince pies and a cheeky thimble of sherry, the kids had juice and crisps.  Soon the other  group started to arrive and we went to the other end of the platform where Santa grotto awaited.  The children met Santa and were given some good gifts.  After everyone had seen Santa, we were taken back on the steam train to the starting point with some chocolates to help the journey fly. 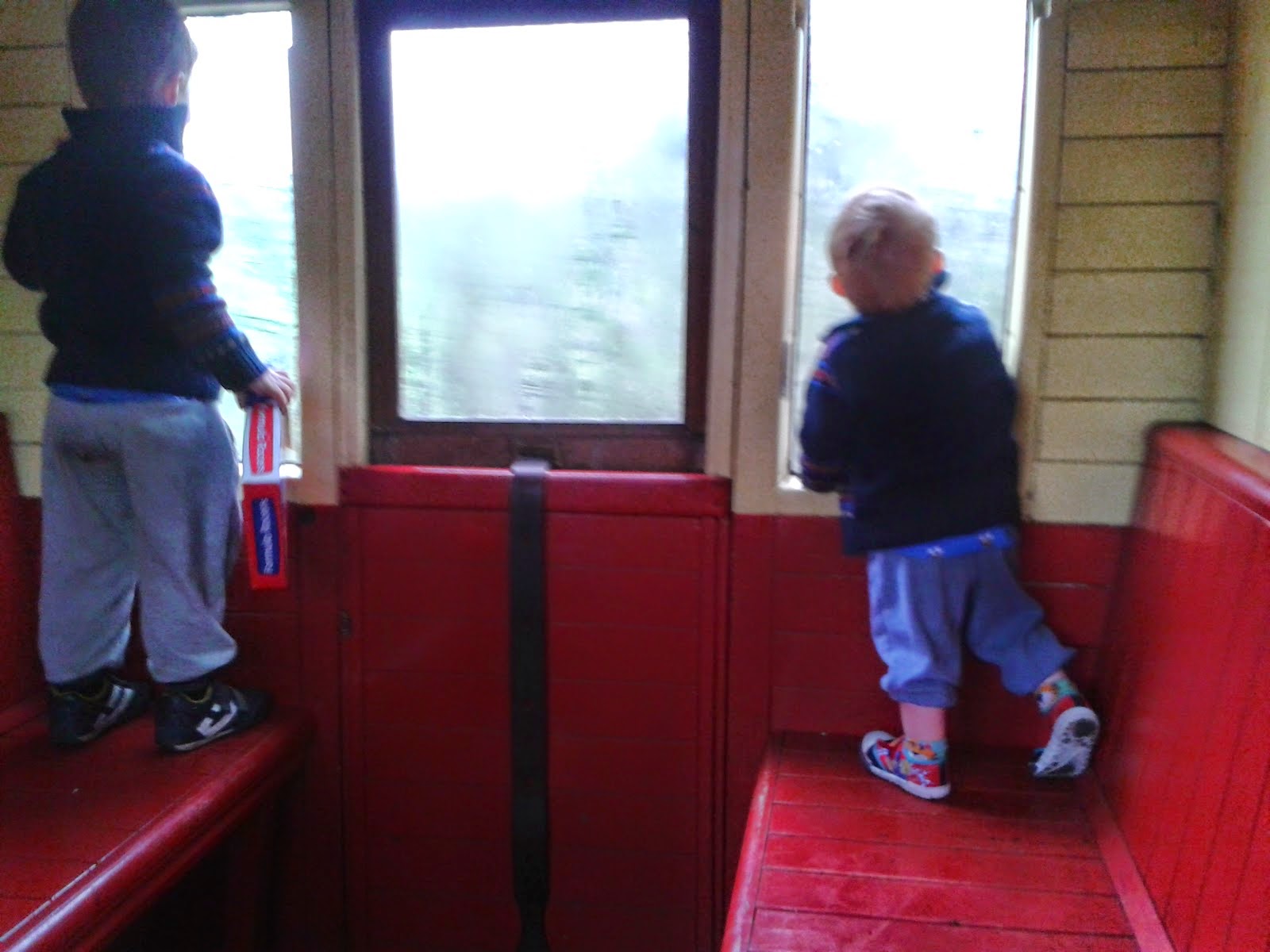 All in all it was a brilliant way to start the weekend and start advent.  The excitement of Christmas really has begun and the kids loved every minute (although B did want the train to go through a tunnel, and low top tunnel is not on the Tanfield railway).