Have A Family Break Without Breaking The Bank

A little while back we decided that the tribe needed a minibreak, so C set about looking for good deals for a trip away.  6-12 weeks before travel is when the best prices are available for train travel, so deals were sought for that period.  C found a deal for single tickets to Edinburgh from Newcastle for only £10, and the return journey was the same.  One thing to always remember when booking travel is that sometimes two singles are cheaper than a return! As children under 5 go free that meant travel costs for a break abroad (M would like to point out that Scotland is another country, and maybe we'll need a visa to visit this time next year...) for a family of four were only £40!  No hidden taxes, no excess baggage charge and we could take a pram with no difficulty.
Accommodation was not as nice as we are used to, but for a city centre hotel it was very cheap (£68 for the family) and for one night you can put up with it not being the Savoy.  The hotel was not bad, the only problem we really had with the room was the lack of natural light.  We were situated on a bridge between two high rise buildings, the room only had windows in alcoves that were above ceiling level and as a result it was very dark.  Having said that it was clean, the beds were comfortable and it was very spacious which was good given that B did not want to sleep and wanted to run around until late into the night. Given that the hotel was virtually on Prince's street also, there can be no complaint.
Arriving in Edinburgh, after prior research, the tribe headed to the Royal Museum and the Museum of Scotland.  These are 2 adjacent museums that visitors can walk freely between (without really noticing that you have gone from one to the next)  And just as importantly they are free to enter.  The royal is an old building with natural history exhibits and exhibits on science and technology and the other was mainly history of Scotland and its people in a very modern building.  The exhibits will probably change occasionally so we cannot say what will be there now.
The museums offer a rooftop garden showing some of the native species of plant in Scotland and some extraordinary views across the city

We expected to spend an hour or two walking around, B was excited about there being dinosaurs there, but spent about 5 hours in the museum and it was well worth the visit, certainly somewhere we will go back to as the kids grow up.  The architecture of both buildings is amazing, but a little unnerving to those scared of heights.
On the first evening the kids were tired from the travel and the day walking round the museum and up to the castle and back.  So we decided to get a takeaway and eat in the hotel room.  We found a Chinese buffet restaurant on Waverley bridge called Jimmy Cheng's.  They offer both an eat in and a takeaway option.  The takeaway option allows you to fill a large tuperware box with food from the buffet for £5.  So we got 3 boxes and they kindly gave us a bag of prawn crackers free of charge after B pulled his cute 'I like prawn crackers' face.  The food was magnificent.  For £5 a meal you dont expect it to be brilliant, but this was.
The next day we travelled out to the zoo.  Its a short bus ride from the centre for which the guides suggest getting a day pass, but if you are not planning on going elsewhere on the bus it turns out to be cheaper to get singles there and back.  We had booked in advance for the zoo, which does not offer any discount for doing so, but does mean that you can spread the cost before you go.  Arriving very soon after opening, it was very quiet and we decided that the best thing to do would be to walk to the farthest end of the zoo and work our way back to the entrance.  The zoo is on a large hill.  Most of Edinburgh is.  So this meant that we would walk up the hill to the top and work our way back down.  This I will say is a good idea.  On our way up the hill we were sidetracked by the penguins, many of which were still sleeping when we passed. 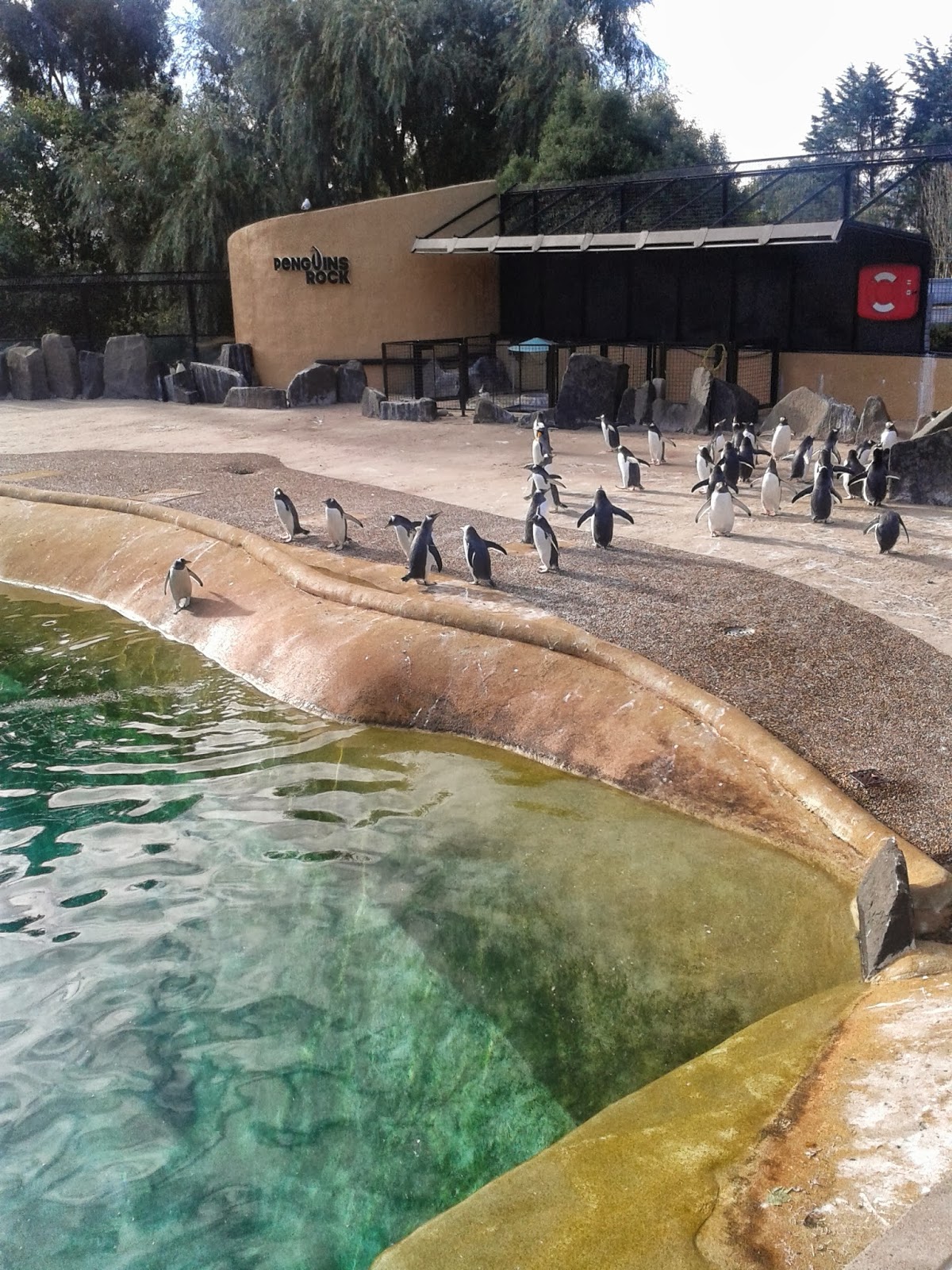 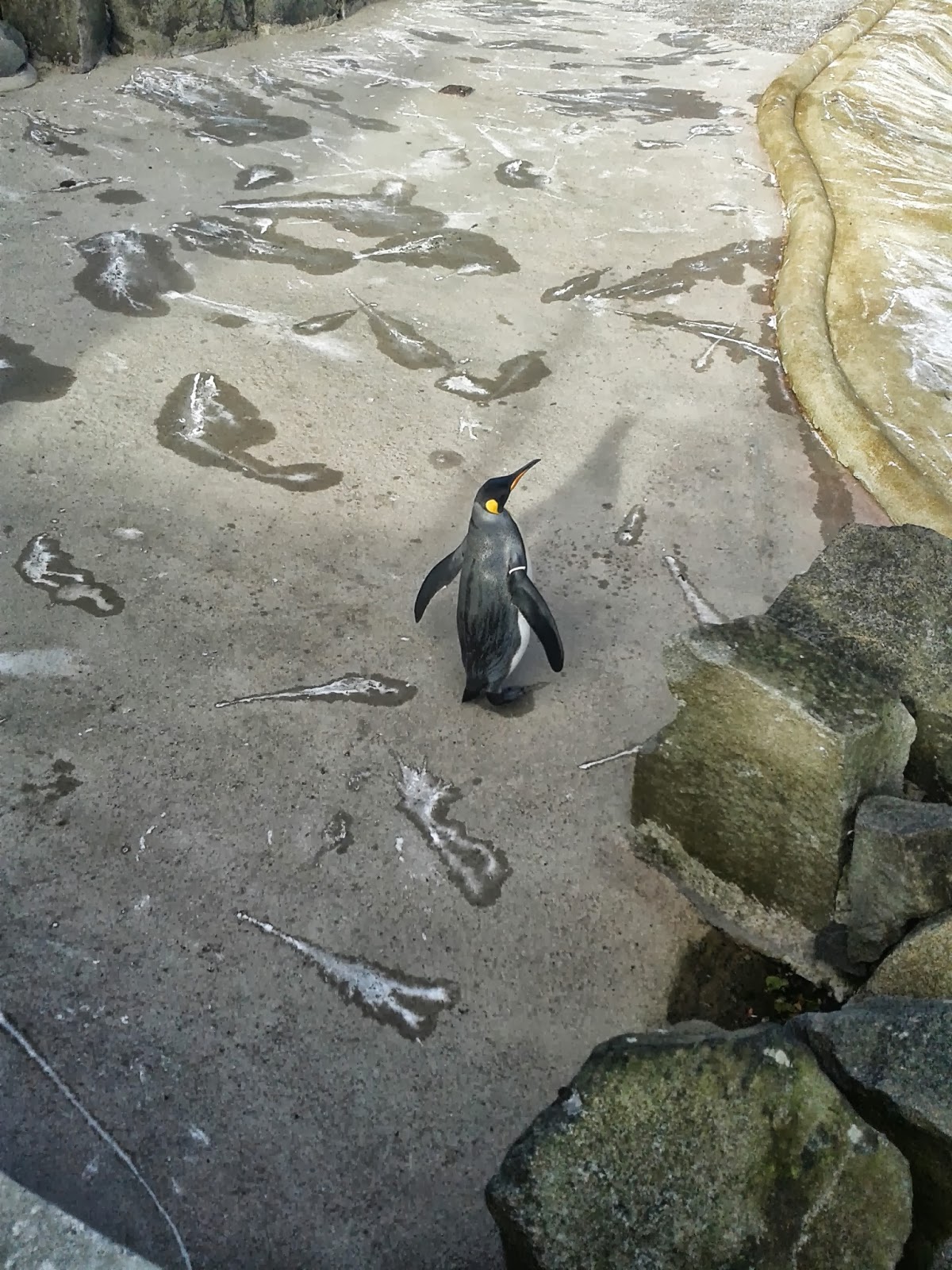 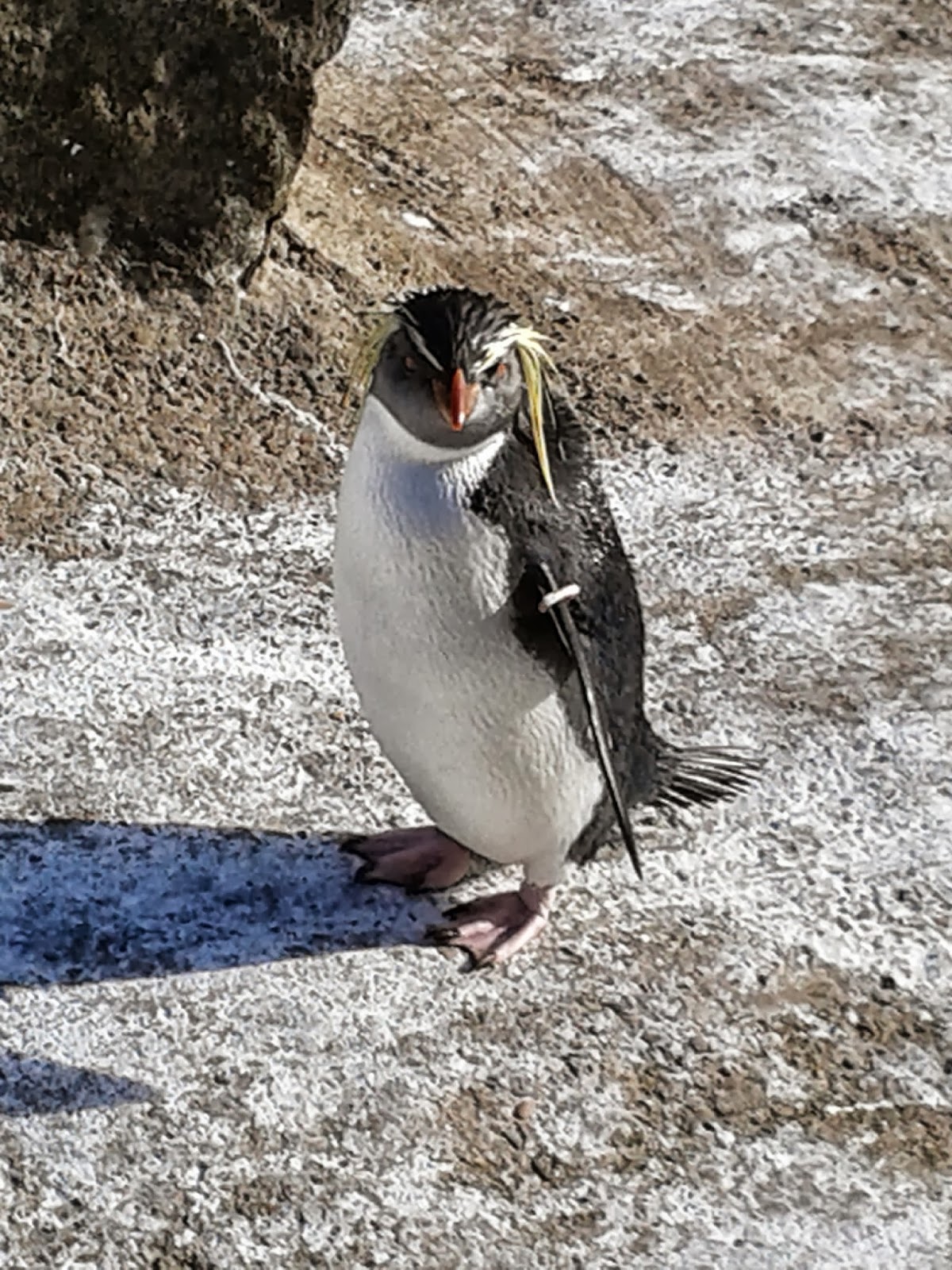 We had also booked a time to see the pandas, but both were unwell, the female possibly pregnant, so all bookings were cancelled and it was a case of taking a chance that they would be outside for viewing at any time of the day.  The pandas are behind the penguin enclosure, so we had a look and saw a sign saying they were not out.
When we reached the top the views back out over Edinburgh were again brilliant.  We were very lucky with the weather, I can imagine on a bad day this would not be such a good view.

We then made our way slowly down through the rest of the zoo, it was amazing.
The are loads of animals, zebras, lions, tigers, monkeys, chimps, tapias, rhinos, and the famous pandas. 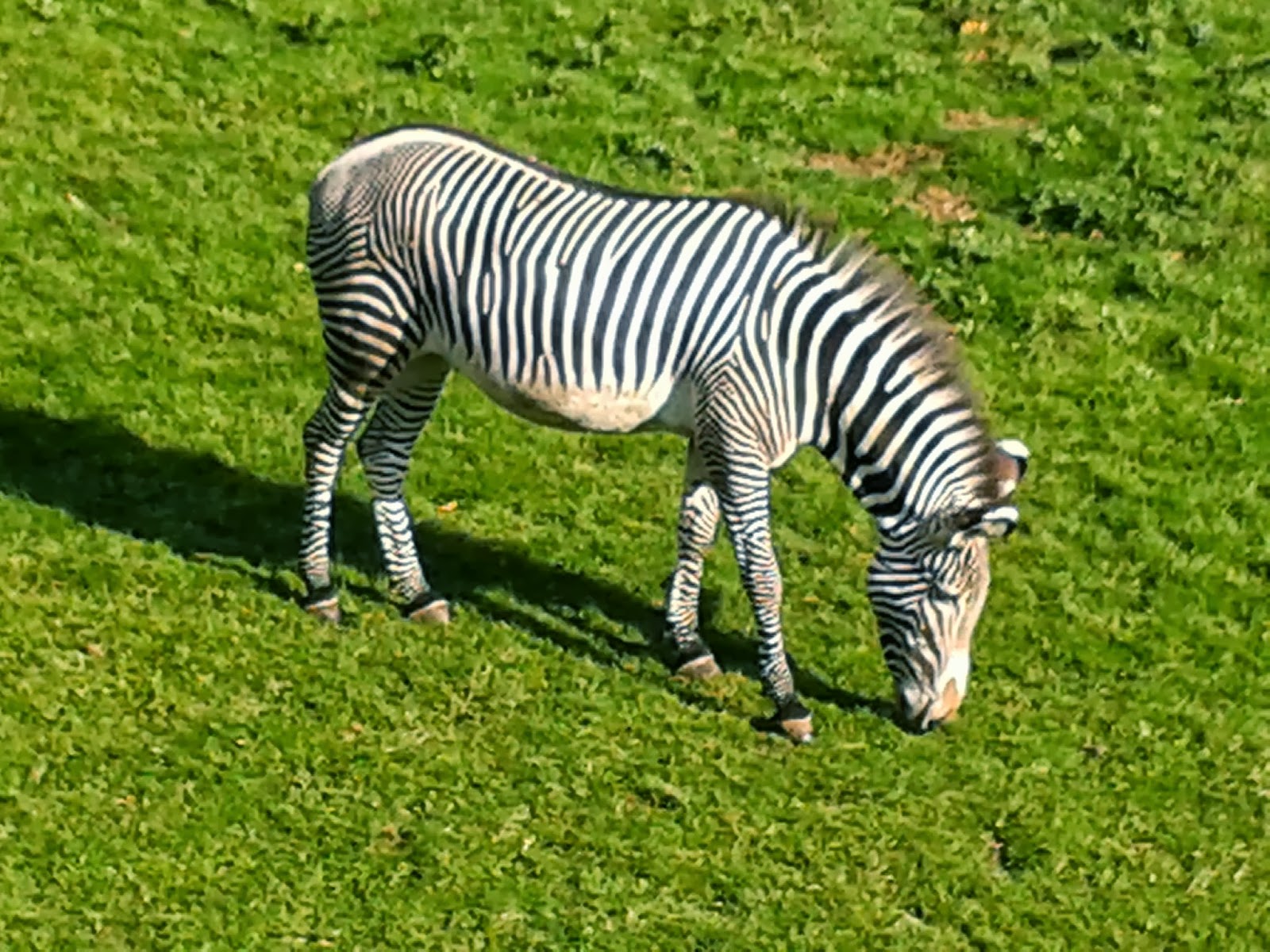 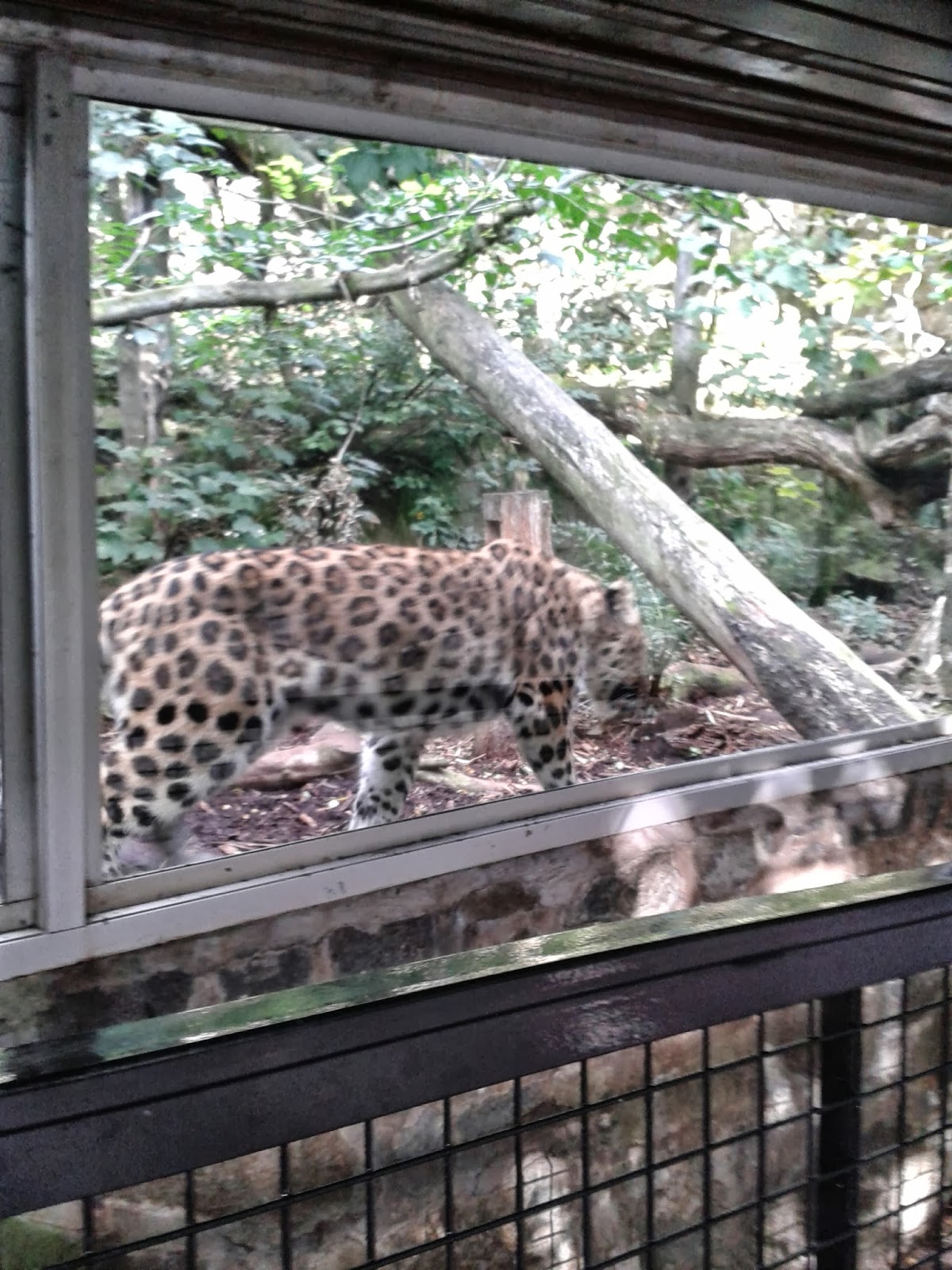 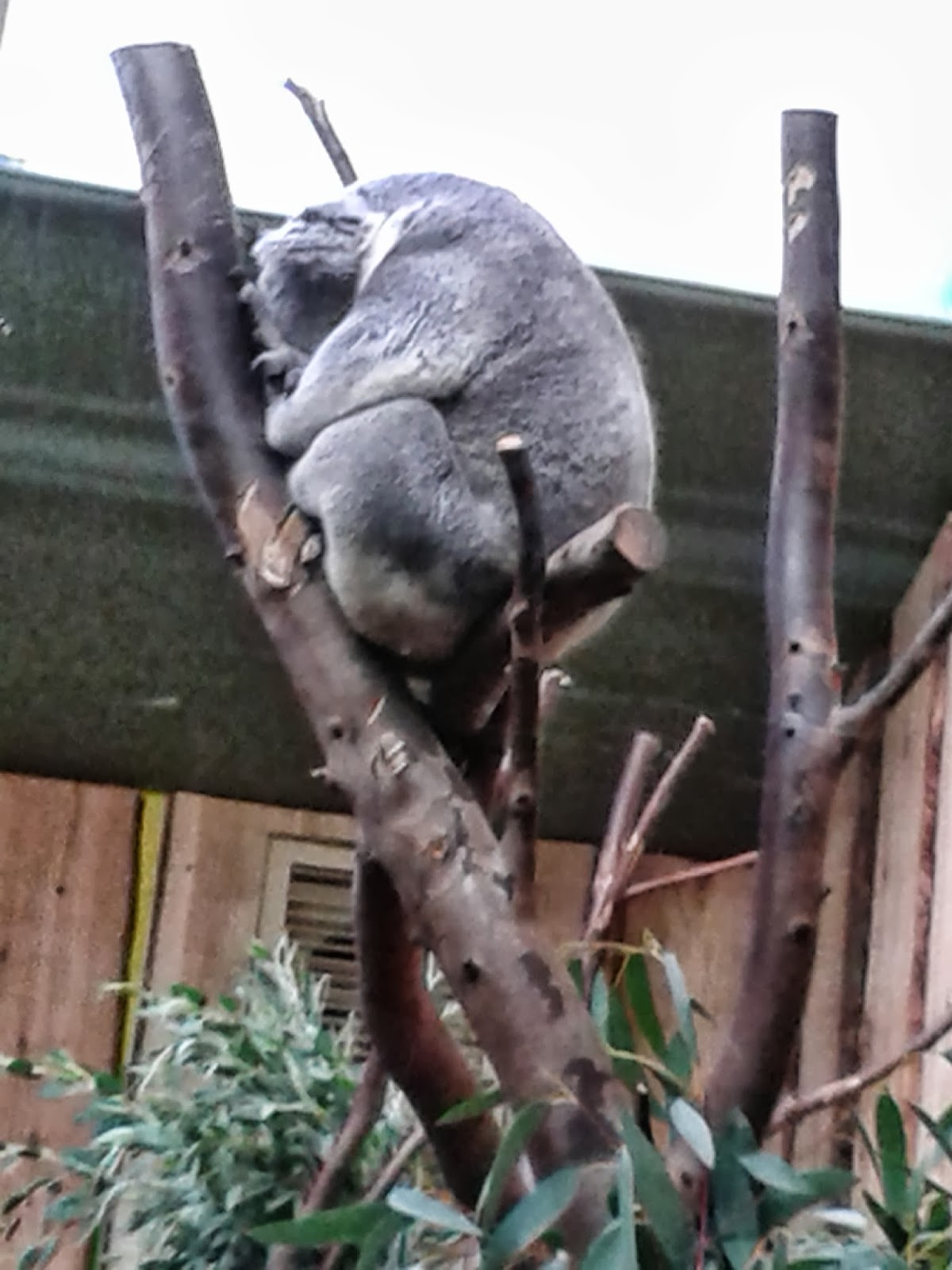 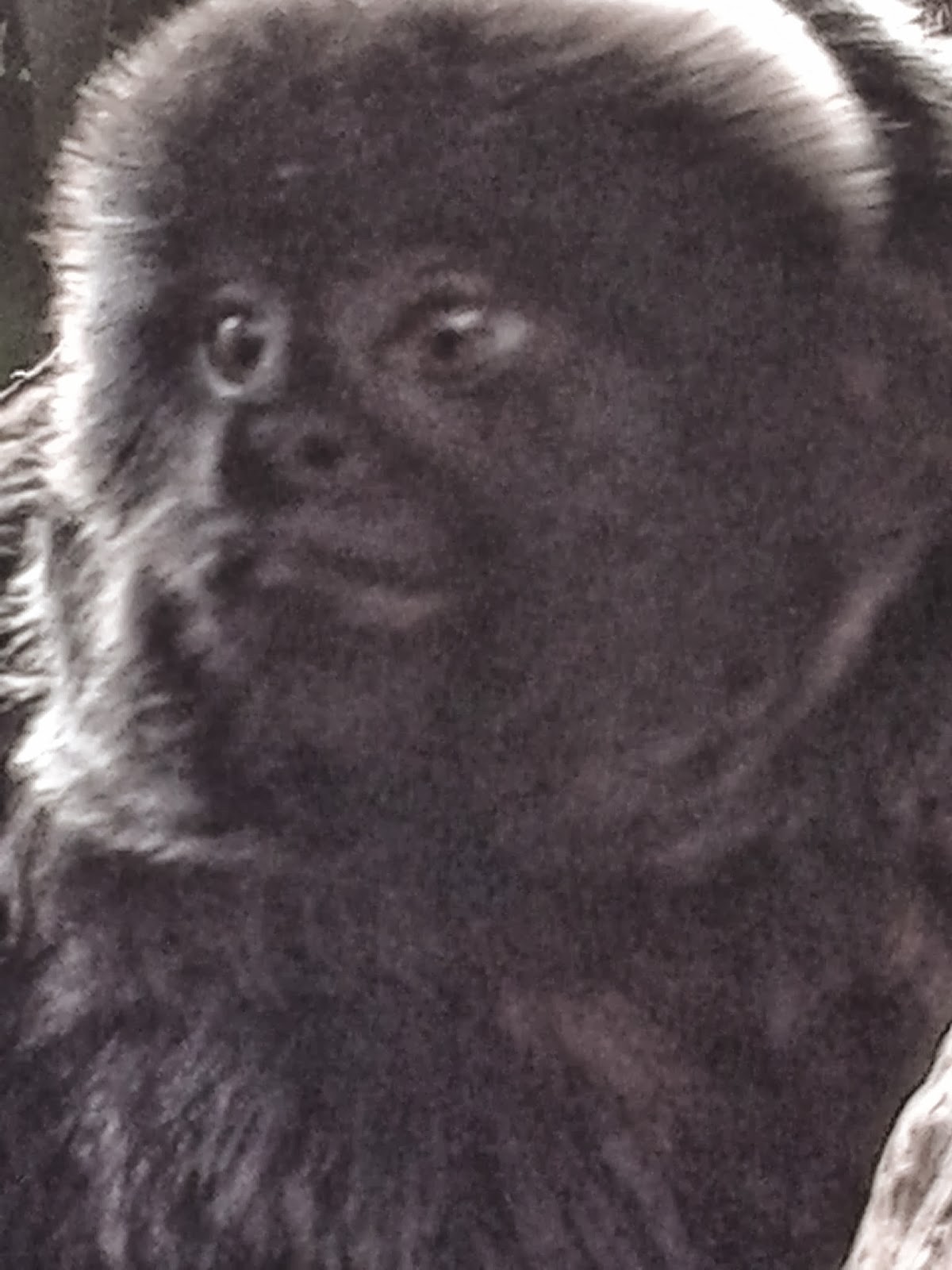 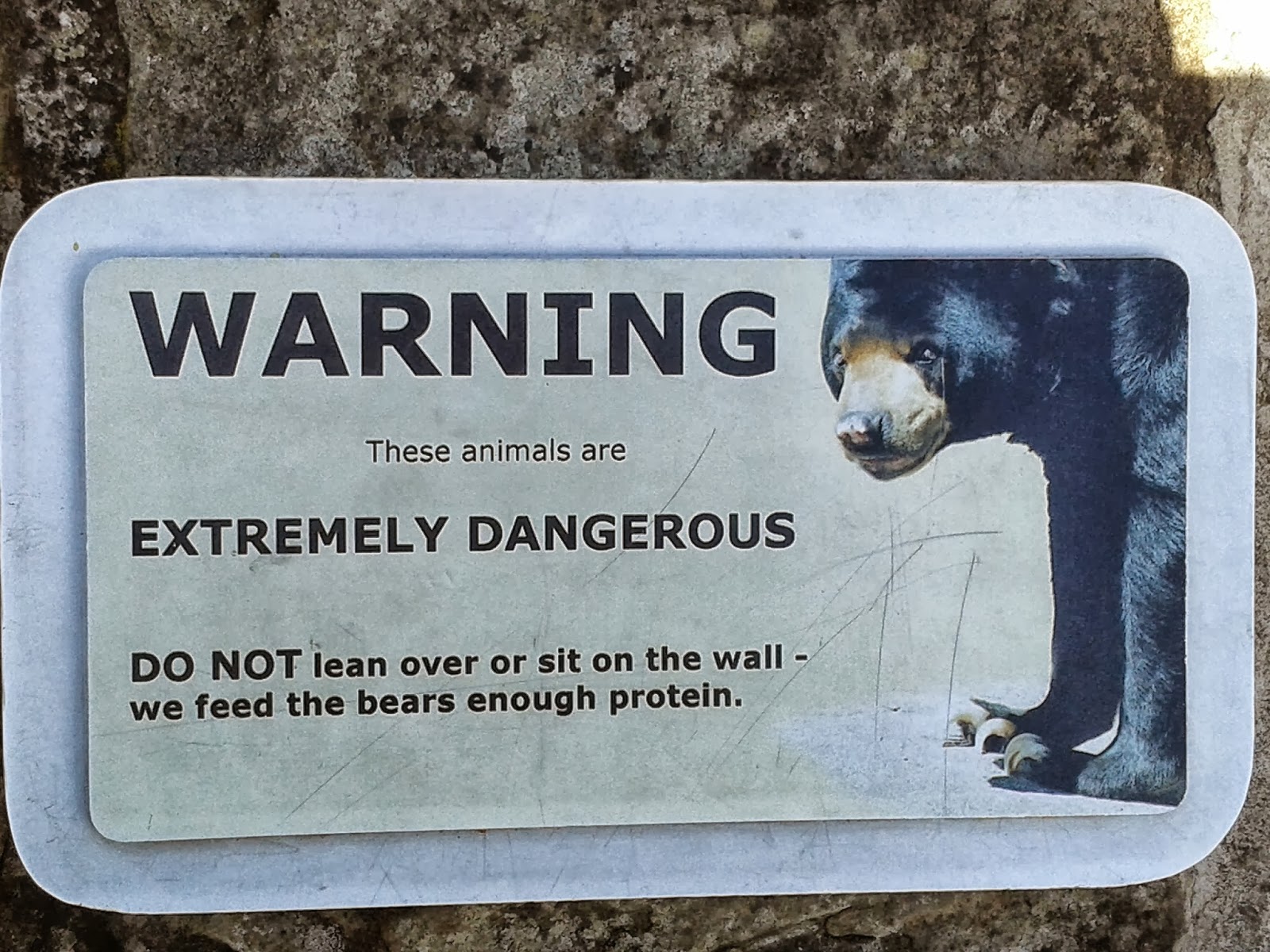 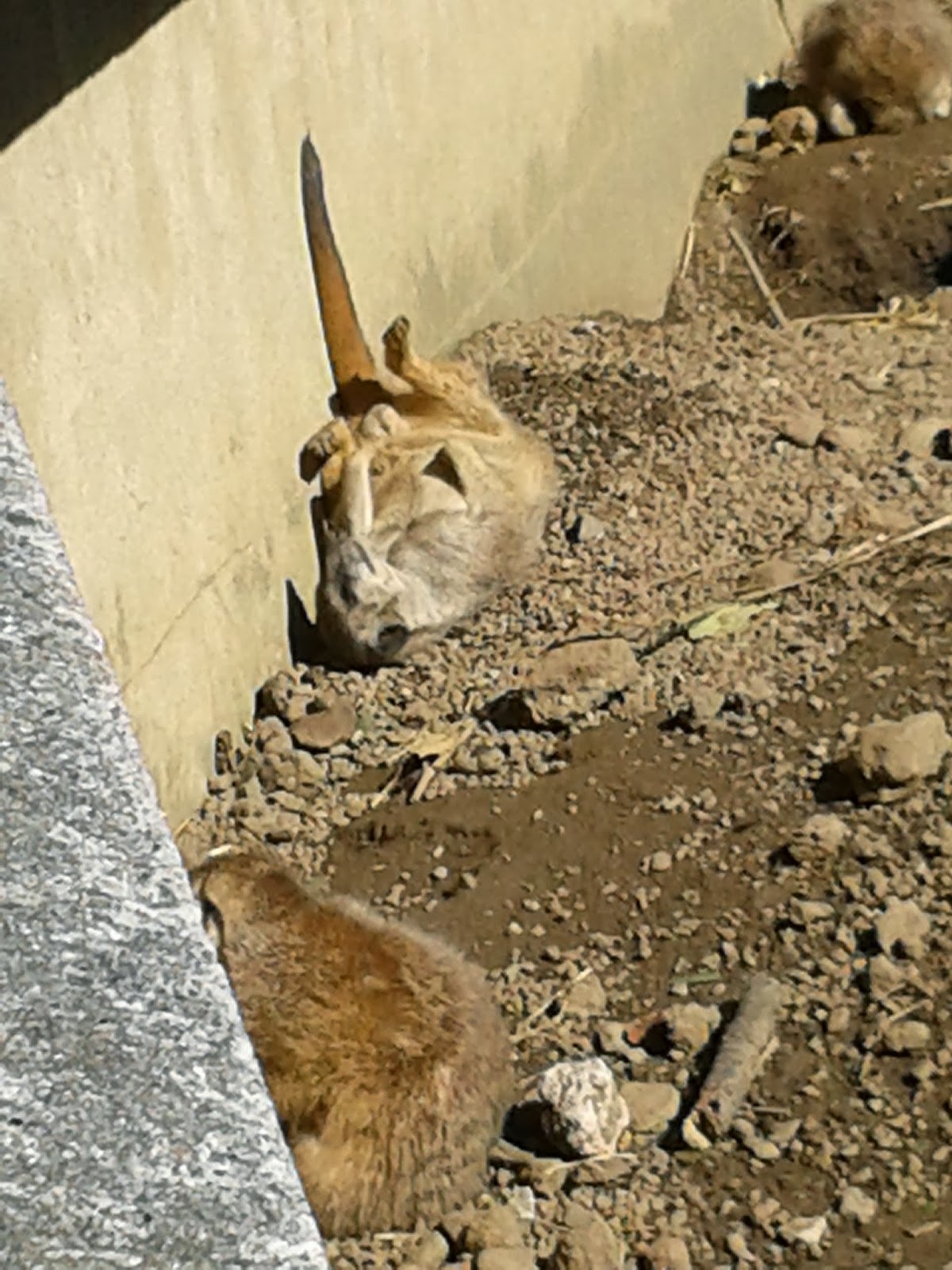 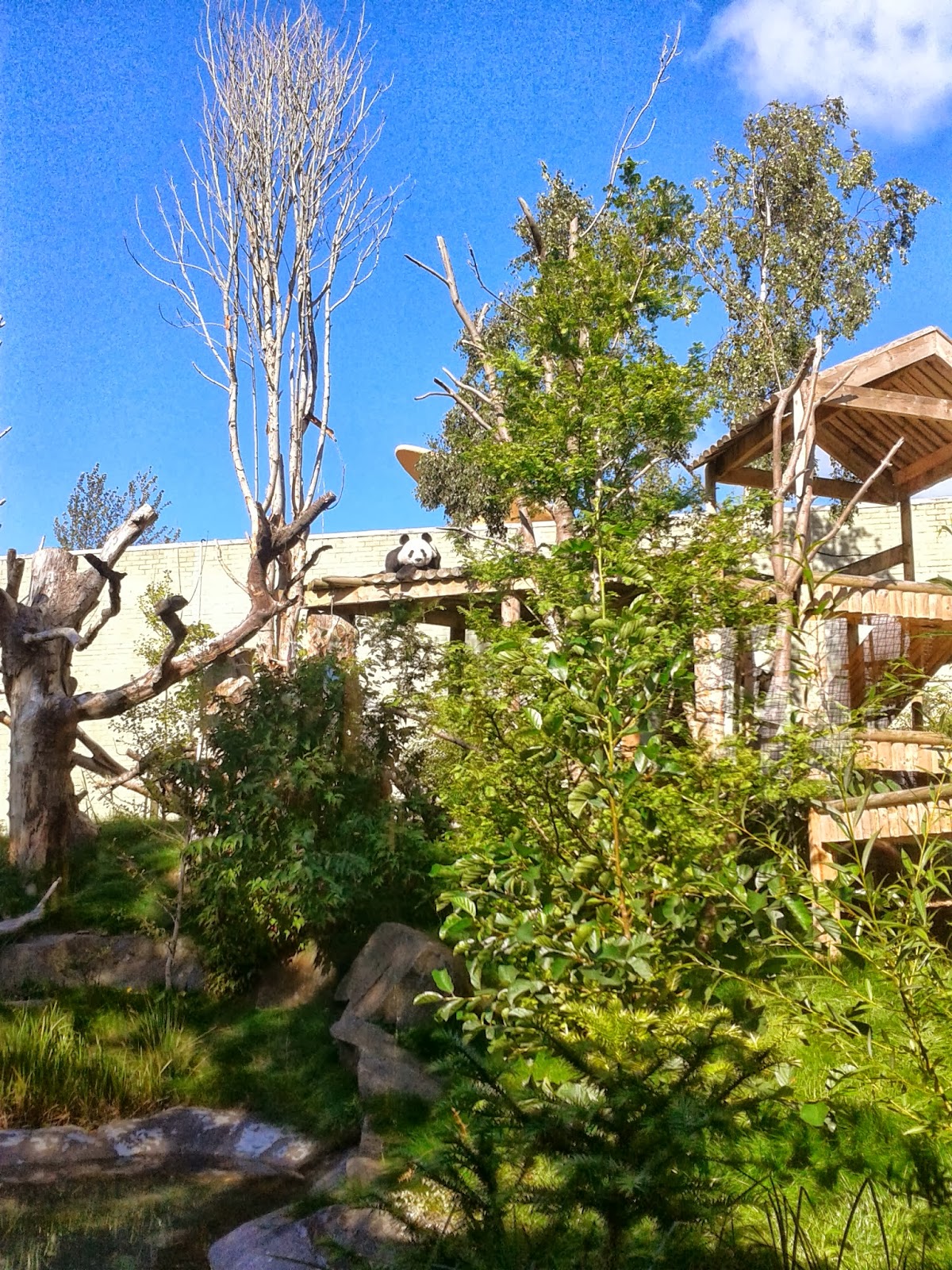 By the time we had walked back down to where the pandas are, the female was outside, she didnt stay out for long, but we did get to see her.  To this day no sign of a baby, so maybe she wasnt pregnant.
The trip to the zoo cost a total of £29 (a quick look at the website today shows its £16 each now), and it filled the entire day before our train journey home.  The kids loved it, and it is a fantastic way to spend a day, especially on a nice sunny day, like the one we visited on.
We took food and snacks for the daytime for both days so all in all the 2 day trip cost us only £152, which is certainly good for a family holiday.
Posted by atribecalledwardle at 22:12