Bit delayed, but gardening season has begun for real now. If you have read this and our other blog (http://tribewardle-ms-journey.blogspot.co.uk/) you will understand that early season preparation has been sparse, and things aren't going to suddenly change in our garden. Saying that we are not sitting back and letting the year slip by, we still aim to grow some good home produce, and planting started today.
I did plant a couple of rows of onions a fortnight ago, but today started the ball rolling properly.
To give a bit of a background, we have 2 decent size gardens, one with a lawn over much of it and a wide border for veg. The other is currently a wasteland with some remains of the rubble from building a house extension. So we aim to work with the lawned garden this year and potentially salvage some of the other time permitting, and prepare that for full use next year.
To minimise heavy work, I am attempting potatoes in bags for the first time.  I was given 8 bags for this last year, so I set about filling 4 of these today.
I started by placing a thin layer (~1") of gravel in the bottom. 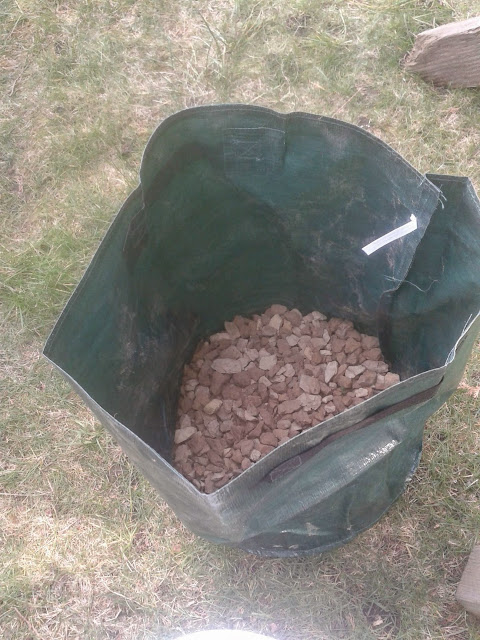 This is to aid drainage as the soil compacts over the summer.
I then added about 5" of old top soil (I had a compost heap made from turf bricks that had been removed from the lawn that has all been mixed together, so its not high quality compost, mostly old soil), added a sprinkling of poultry manure, and some slow release plant food, then topped with another inch of soil.
I then placed a small number of seed potatoes on the surface.  The seed potatoes are part of last year's crop which had started sprouting.  These were left to chit naturally in a dark, warm area of the house before planting. 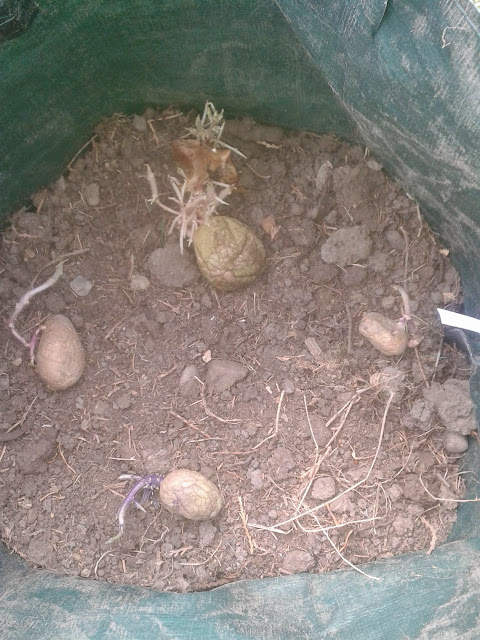 I covered these with about 2" of further soil and watered in.  Hopefully we will get a nice crop from these.

The only other thing I managed to get done was the planting of some carrots.  A couple of years ago I made a trough of sorts to grow carrots in a controlled quality of soil, ensuring light airy soil with no stones.  I made this from an old wardrobe, so its chipboard, and not the strongest.  Last year one side broke, its holding together but only just.  Still, no time to replace it, planting seeded the best way. After weeding the trough and mixing in some poultry manure I added 12 drills of assorted carrot seeds (nantes etc ) and some parsnips. 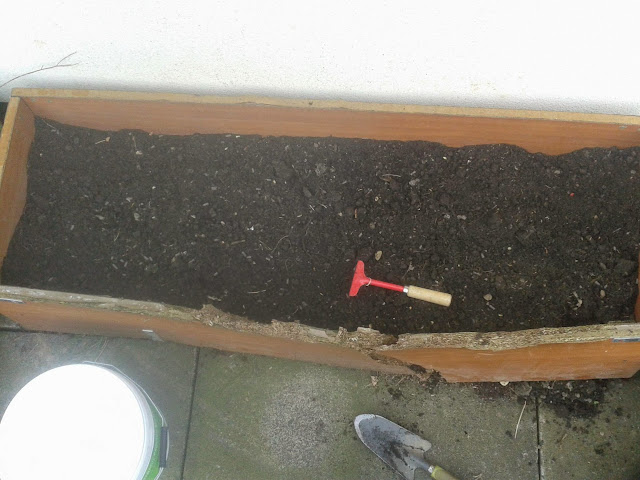