Looking for a new all rounder in your flour? Look no further...
Shipton mill flour can be purchased in the northeast from mmm... Situated in the Grainger market for £4.95 per 500g.... Expensive compared to your bog standard plain flour but you will not be disappointed. 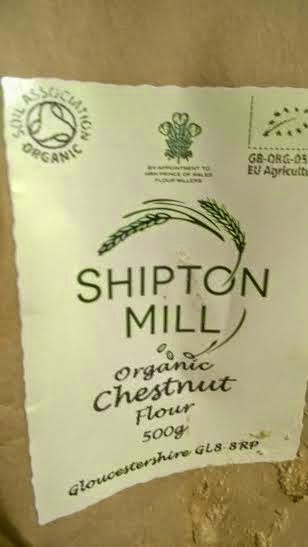 Firstly we made Chilli and salt flour coated prawns to go in with other sea food... our favourite Saturday night treat.
You salt and pepper your prawns drop them in some whisked egg then drop in the flour... deep fry, then add to some garlic, onion and chilli into a pan... so yummy and quick and made at home for a fraction of the price you pay in the take away. normally we use cornflower but i wanted to try it with this flour, we were not disappointed! 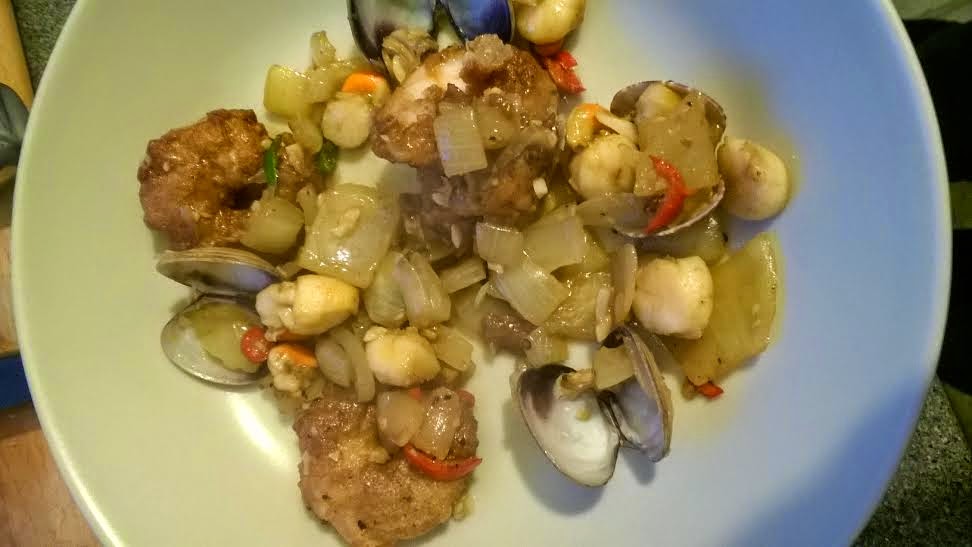 Then I made an apple and blackberry crumble.
Using the chestnut flour for the topping... I found on trying it to be sweet. So I added coconut oil instead of butter and no honey or sugar.... We used honey on the apple and blackberries so it was all round sweet enough.... It came out delicious a softer type of crumble almost cakey... M and me both agreed it was a lovely alternative... 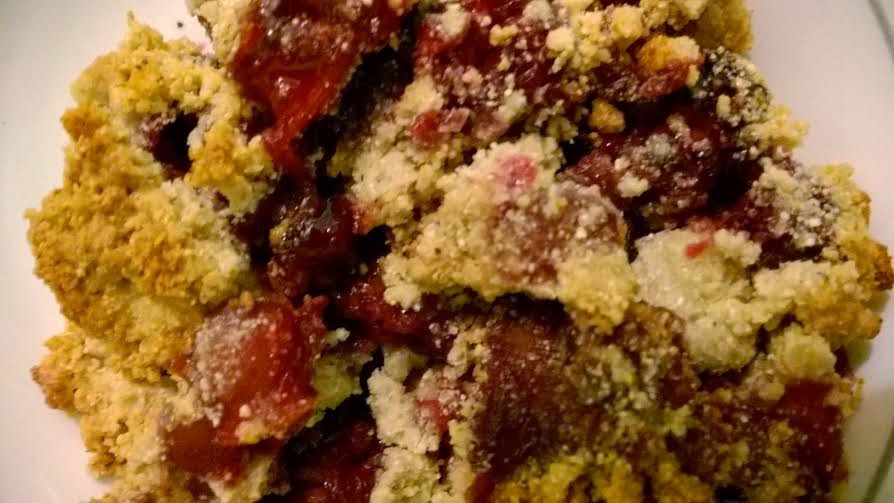 next up I tried making a family favourite... Brownies!

melt 1 tablespoon if coconut oil with ten dark chocolate buttons(which we also picked up from mmm....)
once melted add one egg two teaspoons of honey and a quarter cup of chestnut flour.
bake at 180 for around 20 minutes.

They came out all fudge-like, so moreish, and my boys exclaimed mummy should never make brownies any other way! I say that is a win!
Without the high sugar content that brownies pack I think that in itself is a mummy victory! 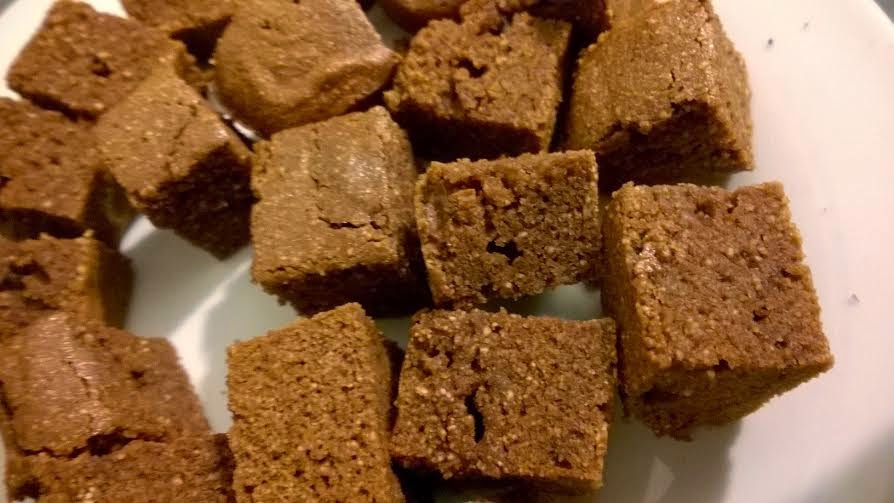 Whilst eating our brownies on our walk from Souter to Latimer's in whitburn (please wait on next post)we ate the brownies... They are a lot richer so satisfied quicker.

From Latimer's we picked a pack of hollandaise sauce up which on getting home I made a chestnut pasta, turning it into crab lasagna.

To make, I used one whole egg and one egg yolk. A cup of chestnut flour and a quarter cup of pasta flour and a tablespoon of olive oil.
The pasta definitely needed the pasta flour to make it a bit smoother.
I mixed all these together worked it a little while then left it to rest for twenty minutes then ran though a pasta machine...
To make the crab lasagne I put some hollandaise sauce then pasta layered four times with the second and third layer having a good portion of white crab meat added... On the top I smeared the hollandaise sauce and added asparagus and baked until cooked... It was amazing... The nutty taste with the sweet crab worked well and then the fresh hollandaise sauce and crunch of the aspargus added to a perfect dish... It was a lighter lasagne and definitely  one I will be making again as it went down well with everybody in Tribe Wardle.

So all in all, we love chestnut flour. It was an easier alternative to work with. Plain flour is fine but chestnut flour seemed lighter and has a moreish texture.... It did everything we tried with it very well, proving it is a good versatile flour, I think it will be firmly staying on Tribe Wardles shipping list....

But which flour should we try next?
Posted by atribecalledwardle at 11:49